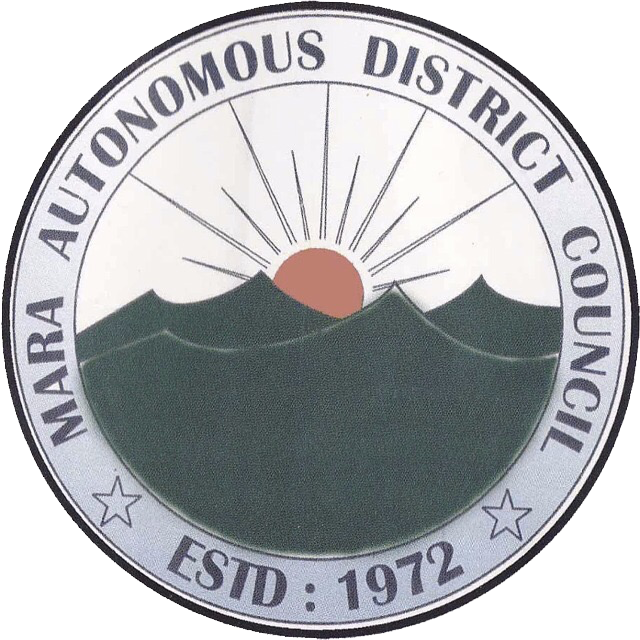 A Brief History of Maraland

Dwelling in the Southern tip of Mizoram state of India the Mara constitutes a District tribe and are an off-shoot of the Kuki-Chin group of Tibeto-Burman family. Though nothing definite is known about their original home, their ancestral homeland appear to have been somewhere in Southern China. They then migrated from there via-Tibet entering the hills of Northern Burma and settled for sometimes in Chin Hills. Thence, in the latter part of the 17th century, they have migrated to their present Mara land. It is generally believed that they have settled in the land now occupying for about three centuries. Encircling by the blue Kolodyne (Beino) river which makes the Mara land appears like semi-Island. The geographical area of the Mara land is 1445 Sq Kms. with a population of 51,073 as per latest Census .The Mara land is bounded by Burma in the East and South and Lai Autonomous District Council in the North and West. Before the advent of the British to India, the Mara enjoyed natural independent of their own and ruled over the land by their chiefs. With the advent and extension of British Empire to their border the Maras frequently encroached the British Empire by head hunting and looking the British subject. Reputation of such incident was intolerable to the British rulers and they were ultimately subjugated by the British in 1924 but no local self Government was constituted nor the political autonomy granted for the management of their local affair. Briefly, the British Superintendent and the Mara chiefs used to rule over the Mara people as virtual dictator. When Mara land was annexed and brought under the Indian British way, the homeland of the Maras was partitioned for administrative convenience- one part was annexed to the East Bengal province which after a gap of 20 years again included in the South Lushai (Mizo) Hills under the Assam province where- as a major portion went to Government of Burma (Myanmar).

This is a historical fact and as a result a smaller portion of the Mara inhabitant area remained within the union of India today. Formerly the Maras and their frequent successful raids on their neighbouring tribes proved to be the powerful, mighty and brave warriors of those days. Colonel Phayre in a letter to the Government of India gave a very vivid picture of the warlike nature of the Maras.

"I have known all the tribes personally except the Shindu [Maras] for many years.The Mara tribe has always been spoken of as powerful and as being much feared ------ (A Mackenzils "The North East frontier of India" P-351).

The above remark clearly indicates that the British rulers had very vague knowledge about the Maras before the Maras were brought under their control. The reason is clear. It was because of their warlike natures which cause them difficulties in clearing with them. Again, it was because of their isolationistic manner that the Maras were given different names from a Distance by the early writers, scholars and their neighbours The Maras were known as the "Lakhers" to their North-Western neighbours mostly by the Lushais (Mizos). They were also known as "shendus" or "shindus" by their Southern neighbours mostly by the Khumis and Arakaneses. Shendus or Shindus in Khumis means a people wearing a bit of rag around the top knot, which constantly fight and makes others restless. They were also known as the 'Miram' by their northern neighbours, Hakas. The term Miram was nothing but the Hakanised from of Mara. They were again known as "Zo" to their North Eastern neighbours, the Chins, This the early British Writers who firstly contacted the Khumis and Arakaneses, their Southern neighbours , adopted the term shindu while the Lushais (Mizo) adopted the term Lakher to refer to the Mara people till date . Inspite of the above foreign names coined by their immediate neighbours and early writers scholars and Historians, the Maras never designate themselves, Lakher shindu or shendu, Zo or Miram but MARA.

The Maras were animists by religion. By the year 1907 a couple of British Missionaries from London landed in Mara land who fortunately deduced Mara language into writing.They composed manuscripts and opened school for the children. Hence, gradually all the Maras embraced Christianity. The Maras speak a language of their own, different from that of their neighbours i.e. Mizos, Bengalis, Nepalese, Lai, Chakmas and Burmese. They have their own Bible and Hymn Book etc.

The Evangelical Church of Maraland and Congregational Church of India [Mara land] are the major church of the area. After attaining India Independence the Government of Assam opened 23 primary schools up to Class-III and one middle school up to Class-VI in the year 1948. Even today the Mara language is the medium of education up to class IV. The Government of India was kind enough to make quota in the recruitment of Army for the Mara youth in those days. Even after conservation to Christianity the Maras have been very strict to their Custom.For example, The Mara girl's price may be approximately estimate to more than ten thousand rupees (in cash and in kind)only while the girl of their neighbours is rupees three hundred to rupees five hundred (in cash and in kind) only. With the independence of India in 1947, Maraland in the British Lushai Hills became apart of Independent India. In 1950The Constituent Assembly of India Constitution organized the Mara as a Scheduled Tribe of India along with others Tribe of the North East India( Gazette of India Extra ordinary Part II Section 3 Page 118 dated 10th August 1950) The others Tribe appeared in the Gazette are Seven in Number (i) Lushai ( Mizo) (ii) Naga (iii) Khasi (iv) Garo (v) Mikir (vi) Cachari and Jaintia.